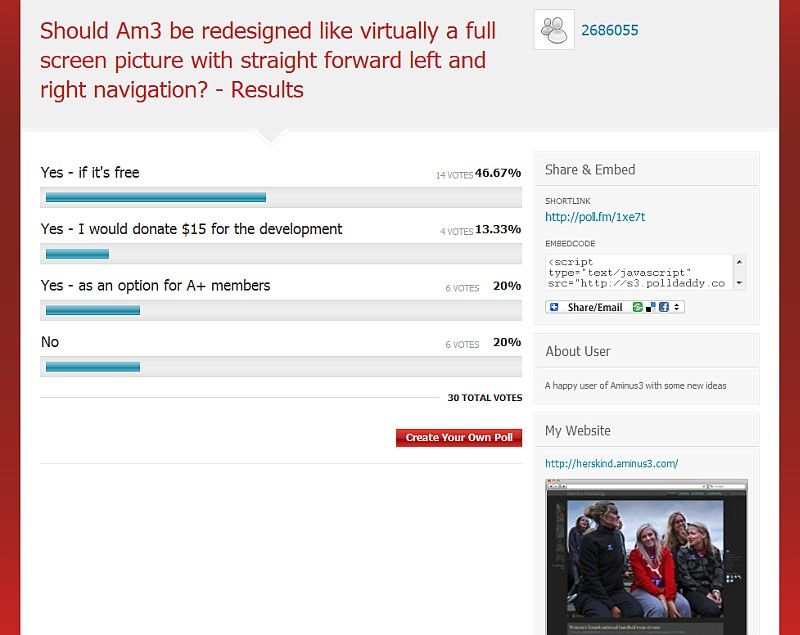 Previous Next
← previous day next day →

The results of my poll on a new Am3 design

Posted by Henrik Herskind (Copenhagen, Denmark) on 3 August 2010 in Miscellaneous.

The users (some of you) have spoken with no unique answer: Many would like a new Am3 design - some would even pay for it, - but 20% want to keep the current design. Noone commented on the poll in words.

The poll ran through May - July 2010, and it would be my guess that - in the end - the majority of the users want Am3 as it is. Those who want larger pictures probably already know where to get it - along with Am3.

Formulating poll questions is also an art: How is the question expressed with the smallest amount of bias?

Nice to meet everybody here on Am3. I always welcome your comments & critiques. :o)